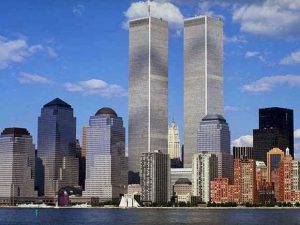 In 2002, in the wake of 9/11, President Bush signed a resolution to declare September 11th as “Patriot Day.”  Patriot Day is a day of reflection, remembrance and observance of the events of 9/11.  Greer Enterprises acknowledges this day as a sacred day for our country and all of those impacted by the events that transpired during and after the tragic attack.

Unfortunately, many of our nation’s citizens are still suffering from the aftermath of 9/11, both mentally and physically.  The attack caused devastation in many respects, including those related to the environmental industry.  The debris cloud resulting from the collapse of the Twin Towers caused a release of many hazardous air borne particles.  Perhaps the most damaging of these particles was asbestos – a known carcinogen that can lead to asbestosis and mesothelioma according to the Centers for Disease Control and Prevention.

Asbestos is a heavily regulated material.  The Occupational Health and Safety Administration has three standards to protect workers from the hazards associated with working around asbestos.  These standards are 29 CFR 1910.1001, 29 CFR 1915.1001 and 29 CFR 1926.1101.  In the case of the Twin Towers, asbestos was released from fire-proofing material contained within the building.  This material did not pose a risk of exposure under normal conditions but became hazardous when released during the collapse of the buildings.

Unfortunately for many first responders, protection from asbestos exposure was not a major concern during the chaos that resulted from the attacks.  Further complicating the matter, the effects of asbestos exposure can take decades to manifest.  In addition to exposure at “ground zero,” it is believed that much of the steel and debris taken to disposal/recycling facilities were contaminated with asbestos fibers – exposing even more workers to the inhalation hazard.

While the loss of life and condolences to the families affected by this national tragedy are the main focus of Patriot Day, let us not forget about the heroic first responders that put their own personal health at risk to serve others on 9/11.